Hawaii on fire ... - is the IRONMAN shifted to Tahiti?

The triathlon community is irritated. It is not yet sure, if IRONMAN world-championships can be done like usually in the middle of October on Hawaii. Early in May the Vuclano  became active. First it started with easier erruptions and some lava flow, crevicies opened up parallely and put out the 800 -1200° Celsius hot material. Later the Kilauea on Big Island blew smoke out into the air rather heavily. Now, a further big erruprion is not unlikely to be expected.

This is the situation right now, a live cam close to the crater of the Kilauea https://www.youtube.com/watch?v=HtihmXFWqGo shows the orange flood spurting out!

People had been evacuated and the infratructre is affected by the lava, too. Some voices liked the idea of the championships moves to Tahiti and became louder. Can the IRONMAN be excuted "down under"? Of course, it is a lot of organization in logistics..., well, but not really. In the beginning years of triathlon, triathlon simple had been done. Even nowadays some true triathletes just met - on Samoa e.g. - and produced and organized a triathlon competition out of fun and passion, for themselves by themselves. 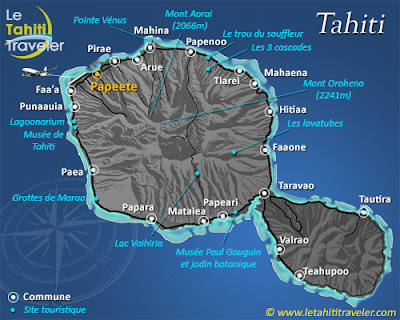 Is the IRONMAN  determined to Tahiti this year?

Here in Germany I made my peace with it. As of my arm is still broken I could not prepare for the championships like planned to qualify for in Nice late in June. What to do? All to do is to keep calm and start basic training units in the first and third discipline. Well, late in June  is a big feast here in town along the week-end (for impressions click: http://www.lauf.de/index.php?id=350). The party opens up traditionally at 6 p.m. with a 10000m run throughout the inner city, a hilly two loop course. There might be a lot of spectators, even more than on the Hawaiian Islands, although the city has 25000 residents, only. As of the tapping of beer is earlier, of course. A good opprtunity for to come back to get the feeling of race and competition.

Thus, moreover, no need to force races on Hawaii. There is no beer on Hawaii, also. Cheers!

Like our former chancellor Helmut Kohl, said to be the chancellor of the reunification of Eastern and Western Germany in 1989 (the so-called fall of the iron curtain), used to say rather frequently, well, contracts are to be fullfilled, pacta sunt servanda in Latin.

After that bike-accident and operation early in March I have no go in any cases of biking. Luckily the elbow-joint has not been impacted. Thus, I was allowed to breaststroke one month ago and now physiotherapy managed to make freestyle go try again. Meanwhile, 3rd discipline and thus running is given green light also. Last Tuesday my data for a short round in the hilly forrests had been 5:57 min sec /k. Sounds good? Was at base 2 activity level, with bpm av of 159 and bpm max 187. Yesterday, pace declined to 5:50 min sec/k at 154/170. Looks like fitness comes back rapidly as a six times Ironman and sub9er (team competition in Roth 2017), too. 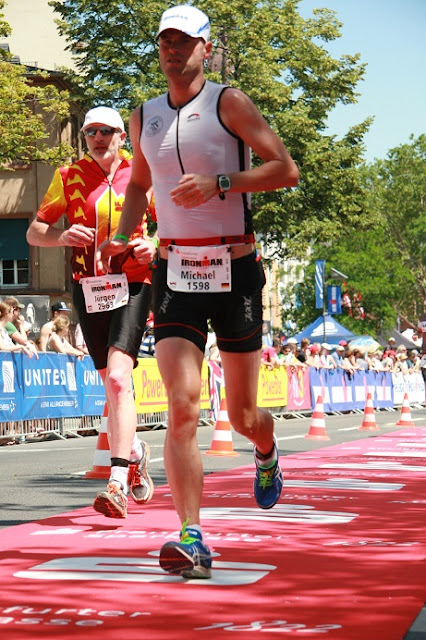 The picture shows me at IRONMAN European Championships 226k in Frankfurt am Main in the year 2013
(all copyrights reserved / for race-report go to blog-archive).

Now, as of the accident, but not only, I reconsidered my life-situation as a whole and came to the point I need to go for another 226k-distance race. Presently I am not yet allowed to reveal the when and where. It might be Langkawi, it might be Cozumel, it might be Subic Bay, it might be Challenge Roth or IRONMAN Hamburg. Israman is also nice. Or IM Canada. Why there is no IM in Russia?

Press thumbs for me to get rid of the metal soon and keep on training safely. Race hard!